How to save Rs 100 daily with electric scooter ?

We as humans have always worked to find a sustainable source of transportation. Technological advancements and researchers globally to make the process more efficient and economical is taking a broadway while heading up for the new era of energy efficient EV (electric vehicles) that will make use of coal, petrol and diesel-like conventional sources a history soon.

With the government promoting electric vehicles as it is a clean, efficient and economical medium of transportation reducing high pollution levels in cities which have been affecting the health of people living in these areas. Low noise level negligible maintenance cost and electricity being a cheaper fuel source is attracting more people to add electric vehicles in their fleets for domestic as well as commercial purposes.

Are people turning up to EV's?

People in India still look up for petrol scooter (Petrol Operated Vehicles) as they find it cheaper than that of electric vehicles currently available in the market. Long range electric scooter tagged with high prices, even after the government provided subsidy, seems like a burning hole in one's pocket. However people looking to buy new vehicle do turn to EV stores to check for cheaper versions for long range electric scooter, but prices draw a big line, yet it’s a long way to gear up for.

"Bhaiya itne mai toh petrol scooty aajayegi", are the common views that usually costumer shares to dealers with EV stores. "People need to get educated, why they should buy an EV? Number of costumers visiting the store is on the same page and doubt the capabilities of an electric-powered vehicle", share Mr. Shubham Gupta store owner of Benling Electric Scooter in Kanpur. He adds " there are many local players in the market, and due to low sale they are not able to provide adequate service setting up a rough patch at costumers mind"

Why Should you buy an Electric Vehicle?

Which one is better ?

Here is and small comparison between electric scooter vs petrol scooter *Data is a projection, a person having an average run of 50km daily with a vehicle having estimated battery life of 3years.

So, this being the projected figures, let’s see what actual real electric vehicle user say Mukul an Hero Electric Optima E5 user says, “ I have been using hero electric Optima for last 8 years and would recommend to everyone as its environment-friendly safe as well as economical to ride on”.

“Initially I doubted the technology but it's been almost 2 years now. It’s efficient,  quiet and its been years heading up to petrol pumps and service centres which was quite often”, says Sarthak an Okinawa Praise. "I have seen people adopting the technology, using it for there household as well as commercial purpose, and it has proved itself at different stages. Now big ventures such as domino's etc are also looking forward to it as well."

"I am glad to make this decision. Added recently to my fleet and I actually can feel the change. Using for my household work it is adding up to my savings and my contribution to the environment is also valuable. I would recommend it to everyone. Adopting new technology is the primary stage for the revolution, and the stage is set. Every user adopting it is making a valuable contribution to the future. Many companies such as Hero Electric, Benling Electric India, Okinawa Electric, Jitendra Electric Vehicles and many more have developed high speed Electric vehicles which subjects to MAKE IN INDIA and have qualified under FAME 2 scheme for subsidies provided by the Indian government to promote electric vehicles  and electric charging stations in India. 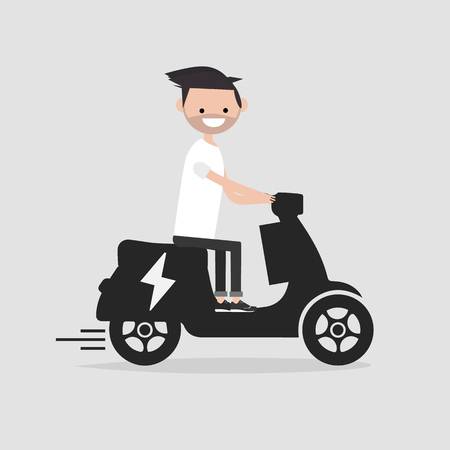